All the news about nuclear safety and radiation protection

WENRA position on the safety situation of Zaporizhzhya NPP

On the 23rd March 2022, WENRA issued a position on the safety situation of Zaporizhzhya NPP with regards to the partial loss of external power supply. This position is based on the work conducted by experts from WENRA, TSOs from Czech Republic (NRPI) and France (IRSN), and the The European Commission.

WENRA's position on the consequences of a total loss of power supply at the Chornobyl site. March 11, 2022.

Update on the evolution of the situation in Chernobyl (Ukraine) 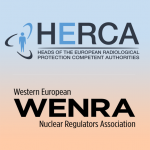 War in Ukraine: WENRA and HERCA conclusions on the consequences of a nuclear accident

The on-going war increases the risk of a nuclear accident in Ukraine. WENRA and HERCA assessed the potential consequences of a severe accident, should it occur.

INRA offers its support to the Ukrainian nuclear safety authority

In the context of the war led by Russia in Ukraine, the International Nuclear Regulators' Association (INRA), which brings together the Heads of 9 regulatory bodies from Germany, Canada, South Korea, Spain, the United States, France, Japan, the United Kingdom and Sweden, held an extraordinary meeting on 4 March 2022. Bernard Doroszczuk represented the ASN at this meeting.

In the context of the war led by Russia in Ukraine, the European Nuclear Safety REgulators Group (ENSREG) of the European Union met again on Sunday 6 March 2022.

In the context of the war in Ukraine, and following the attack on the Zaporizhia power plant, Olivier Gupta, Director General of ASN, who currently chairs the Western European Nuclear Regulators' Association (WENRA), spoke on Friday 4 March 2022 with Oleg Korikov, Head of the Ukrainian Nuclear Safety Authority (SNRIU).

ENSREG’s statement on the safety of nuclear installations in Ukraine

In the context of the war led by Russia in Ukraine, the European Nuclear Safety REgulators Group (ENSREG) of the European Union met on Sunday 27 February 2022.

On 11 February 2022, EDF presented ASN with an updated review of the stress corrosion (CSC) phenomenon detected on several of its reactors, its analysis of the corresponding safety implications and its investigation and inspection programme. 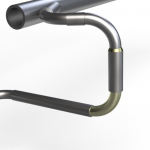 On 21 October 2021, following ultrasonic checks scheduled during the second ten-yearly outage of Civaux NPP reactor 1 (1450 MWe reactor), EDF informed ASN that it had detected indications on welds on the elbows of the safety injection system piping of the reactor’s main primary system. 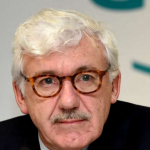 New Year’s greetings to the press

The ASN Chairman underlined the fact that the safety of nuclear facilities and radiation protection in the industrial sector and in the transport of radioactive materials, was sustained at a satisfactory level in 2021, following on from similar results last year.

According to French policy, shut-down nuclear facilities must be decommissioned as soon as possible at an acceptable cost.

On 21 October 2021, following ultrasonic inspections performed during the ten-yearly outage inspection of the Civaux NPP, EDF informed ASN that it had detected indications on welds on the elbows of the pipes connecting the safety injection system to the reactor’s main primary system. In order to identify the origin of these indications, the parts of the pipes concerned were cut for metallurgical analysis in the laboratory. 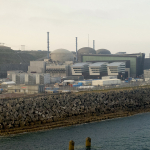 ASN continued its monitoring of the construction of the Flamanville EPR reactor. In 2020 and 2021, it was particularly vigilant regarding the processing of the anomalies detected on the main primary and secondary system welds and the continuation of the reactor start-up tests. ASN also authorised partial commissioning of the installation to allow nuclear fuel to enter the site, starting on 26 October 2020 and ending on 24 June 2021. A look back at these notable events.